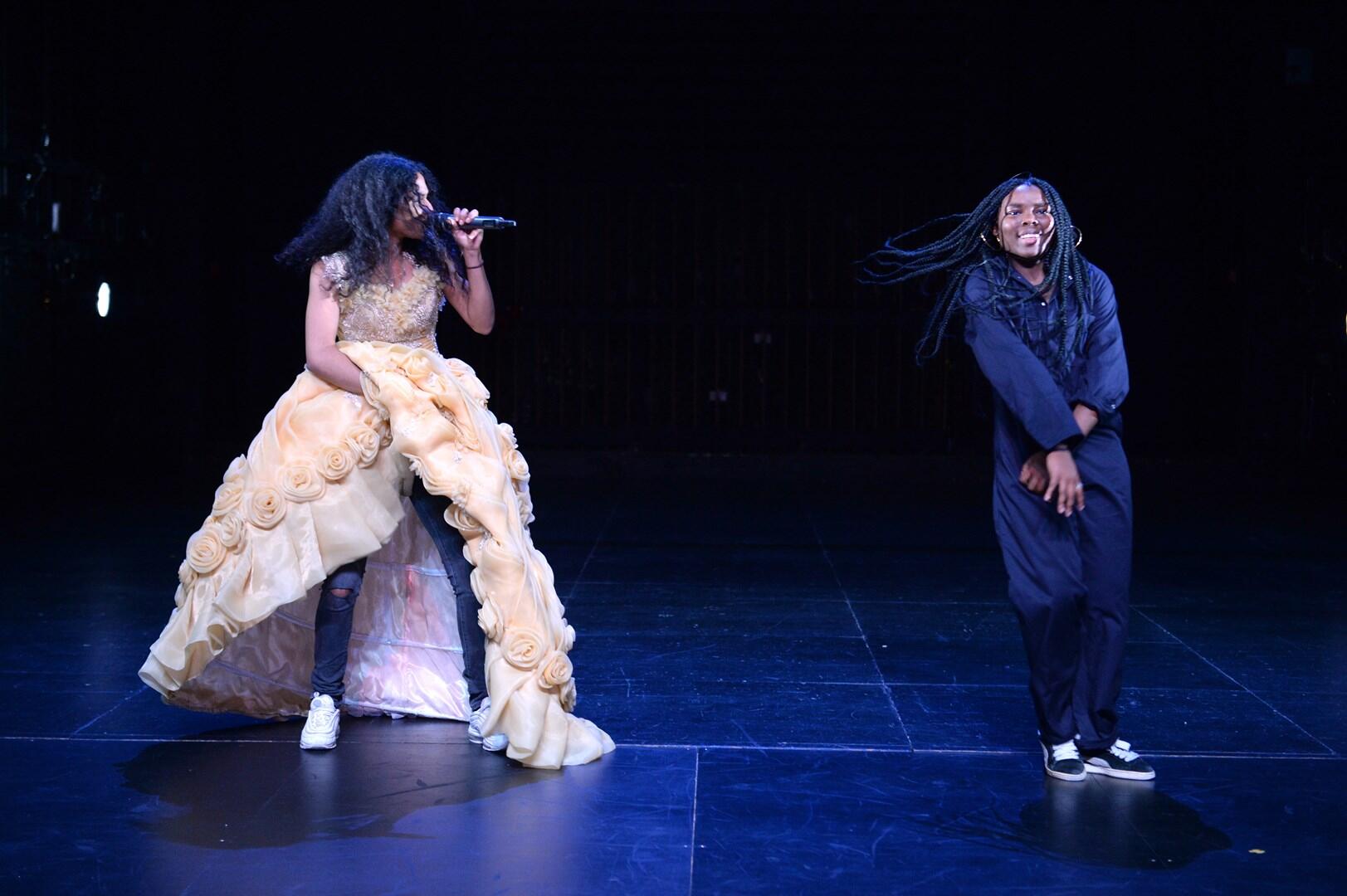 In its “current theater work” series, the Centre Dramatique National La Commune in Aubervilliers regularly invites theater-makers of different generations to work on productions with performers who do not come from the classical theater field. The theater in the north of Paris has an above-average young, diverse and rather less traditional theater audience. Director and Author Marion Siéfert used the invitation for a project with Litefeet dancer, Janice Bieleu, and rap singer, Laëtitia Kerfa aka Original Laeti. With the two performers, two expressive contemporary art forms originating from the social cultures of the street and the clubs enter a supposedly empty theater stage. The encounter is as powerful as it is explosive and at the same time a plea for art as a space of possibility. Siéfert takes up the autobiographical gesture in Kerfa’s rap texts and offers it a fictional mirror. Personal realities come into play: Origin and role models, subculture and high culture, violence, attitudes, fears and dreams.
Marion Siéfert, b. 1987, studied German literature in Lyon and Berlin and received a DAAD scholarship for her doctorate at the Gießen Institute for Applied Theater Studies. Here she wrote her solo 2 OR 3 THINGS, I KNOW ABOUT YOU. Back in Paris, she developed the monologue THE BIG SLEEP for the performer Helena de Laurens. DU SALE ! is her third directorial work, which premiered in 2019 at the CDN La Commune Aubervilliers, where Siéfert has been an associated artist since 2018.
Video
Partner
Gastspiel im Rahmen von Fast Forward mit freundlicher Unterstützung des Institut français und des französischen Ministeriums für Kultur / DGCA.
Performances in the frame of Fast Forward with kind support of the Institut français and the French Ministry of Culture / DGCA.