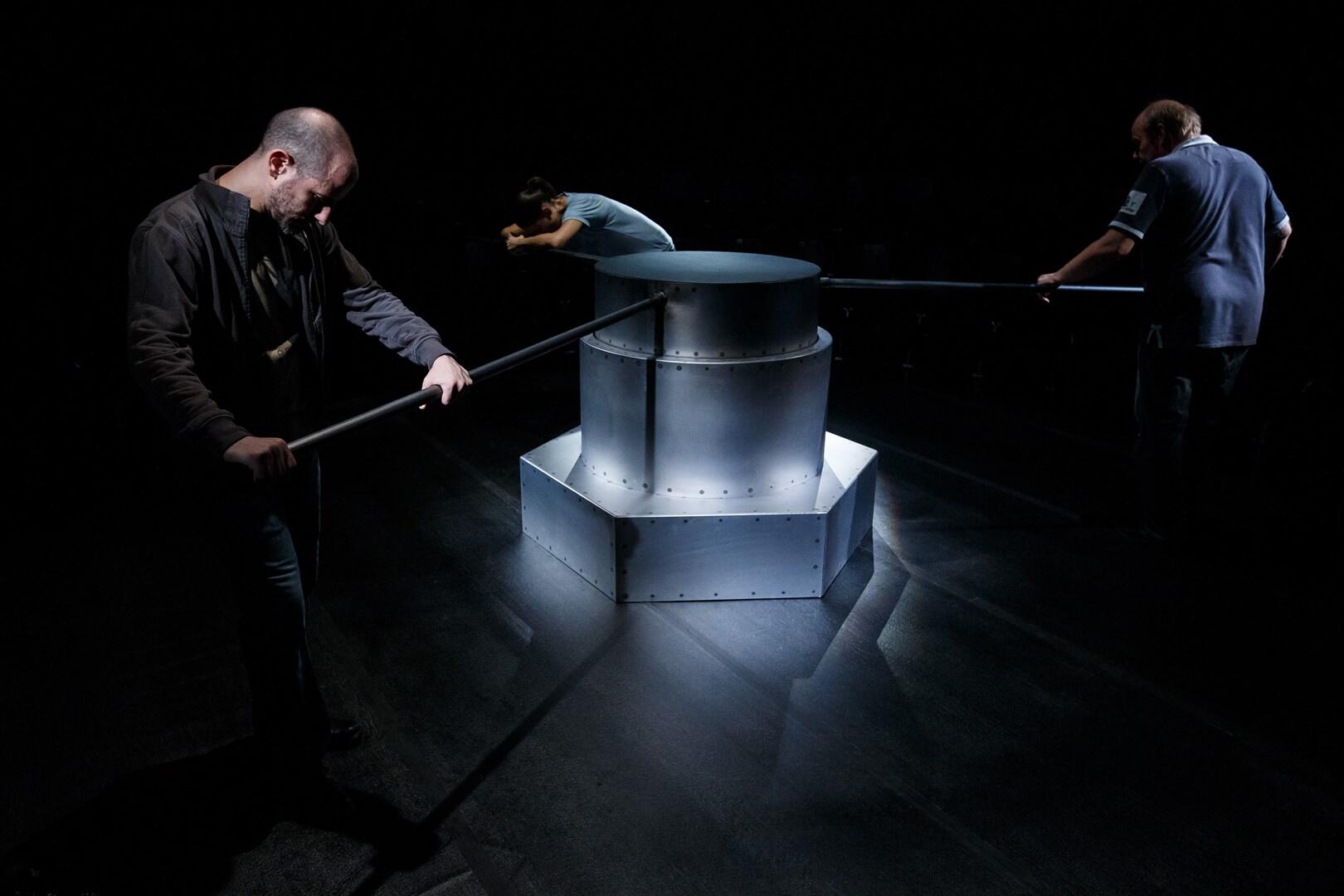 Servant Yerney and his rights

Ivan Cankar is considered the first Slovenian professional writer and the most important representative of Slovenian modernism. In 30 volumes of prose, dramas and poems he described life in the Austro-Hungarian monarchy until 1918 with a view to social and political grievances. His novella about the servant Yerney revolves around the relationship between work and property in Yerney’s futile struggle for recognition of his life’s work.
However, director Žiga Divjak “borrows” only the title of the story for his production in order to get to the bottom of Cankar’s theme in today’s Slovenian working world. To this end, along with his ensemble, he interviewed employees in the so-called low-wage sector: in Koper, one of the most important transhipment ports for Central and Eastern Europe, in building cleaning, in the construction industry, and in an architectural office. From the documentary material, a performance on the consequences of the globalized labor market has emerged. And Divjak’s staging gives these models of contemporary slavery an acutely manifest form.
Žiga Divjak, b. 1992, studied directing at the Academy of Theatre, Radio, Film and Television (AGRFT) in Ljubljana, Slovenia. His plays A MAN WHO WATCHED THE WORLD and 6, developed at the Mladinsko Theater, received the Directing Prize (2017) and the Grand Prize (2018) at the Borstinkovo Theater Festival in Maribor. SERVANT YERNEY AND HIS RIGHTS was written in 2018, the third work
completed after his studies.
Video
Partner
in Zusammenarbeit mit der Universität Ljubljana / AGRFT in cooperation with the University of Ljubljana