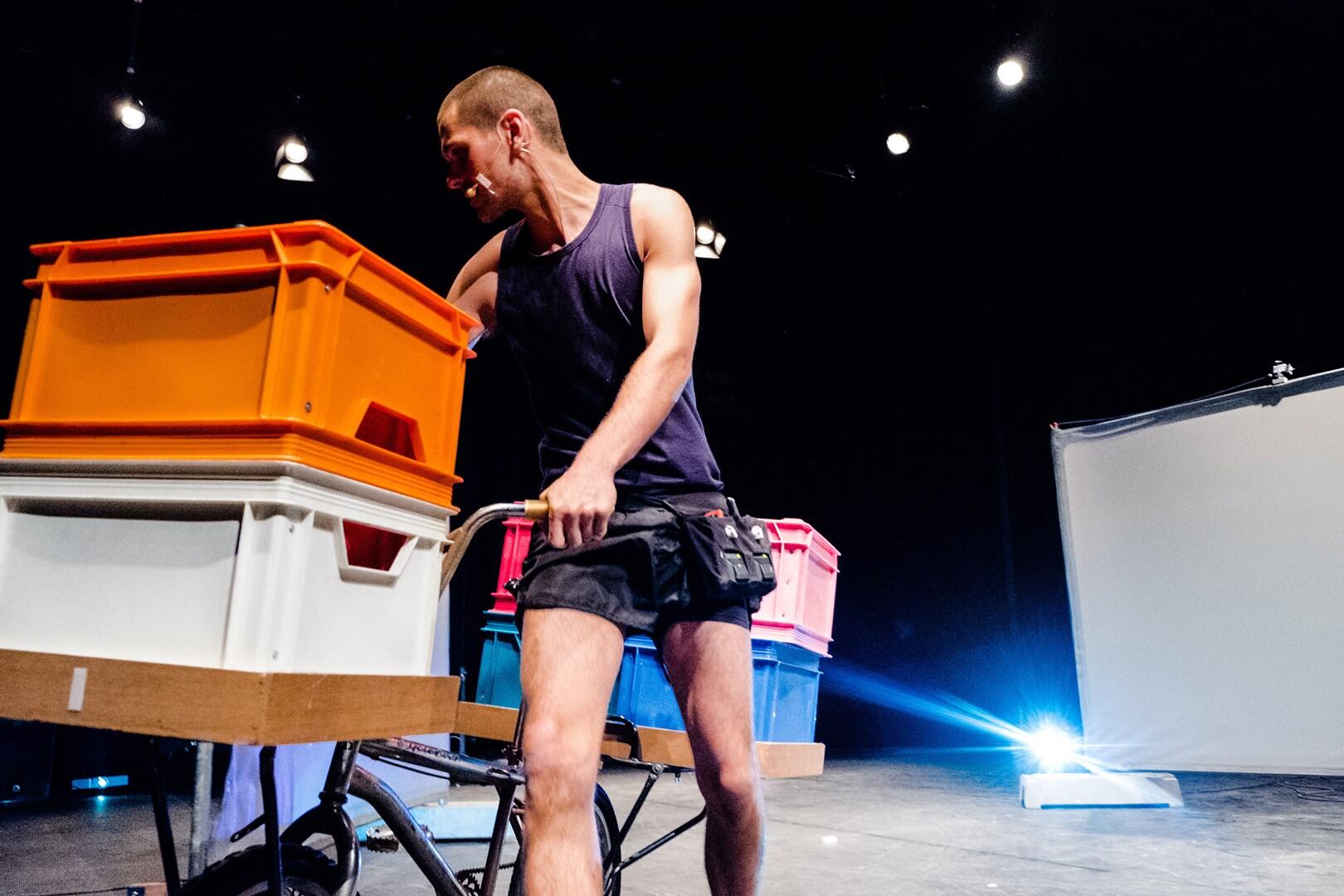 Stückdauer / Duration: ca. 65 Min.
keine Pause / no intermission
Besetzung
Konzept & Regie / Concept & Direction
Louis Vanhaverbeke
Dramaturgie / Dramaturgy
Dries Douibi
Videografie / Videography
Freek Willems
Licht & Ton/ Light & Sound Design
Bart Huybrechts
Technik / Stage Mechanics
Philippe Digneffe, Simon Van den Abeele
Produktion / Production
CAMPO, Gent
Mit / With
Louis Vanhaverbeke
English
One of the questions most frequently asked on Google is ‘How can I be normal?’ We all want to be as normal as possible, but how do you define it? Our urge to be normal often has nothing to do with what is going on inside us, but more with our longing for social inclusion. We want to belong, be part of the whole, and be accepted. Complying with the norm brings us peace and enables us to keep in step. Preferably in a square compartment.
Louis Vanhaverbeke explores the boundaries of normality. They are just as figurative as they are literal. We build isolation cells, prisons and schools to set the limits of normality and to be able to distinguish ourselves from others. But to what extent does this compartmental approach threaten our freedom and personality? What divides the safe space from the potentially hazardous space? Vanhaverbeke, a real handyman, fills the stage with site fences, storage boxes and a fuse box. He builds, drills and stacks, while in the music he tries to figure out what is bothering him. He gives spatial form to his inner world by means of Do-it-yourself-constructions, opening doors where previously there were only boundaries, and windows where until recently you saw only mirrors.
Louis Vanhaverbeke, b. 1988, studied photography, multimedia, dance, performance and art education in Ghent, Helsinki and Amsterdam. His solo pieces KOKOKITO, MULTIVERSE and MIKADO REMIX , which he had created in cooperation with the Campo Art Centre in Ghent, can be seen at many European festivals.