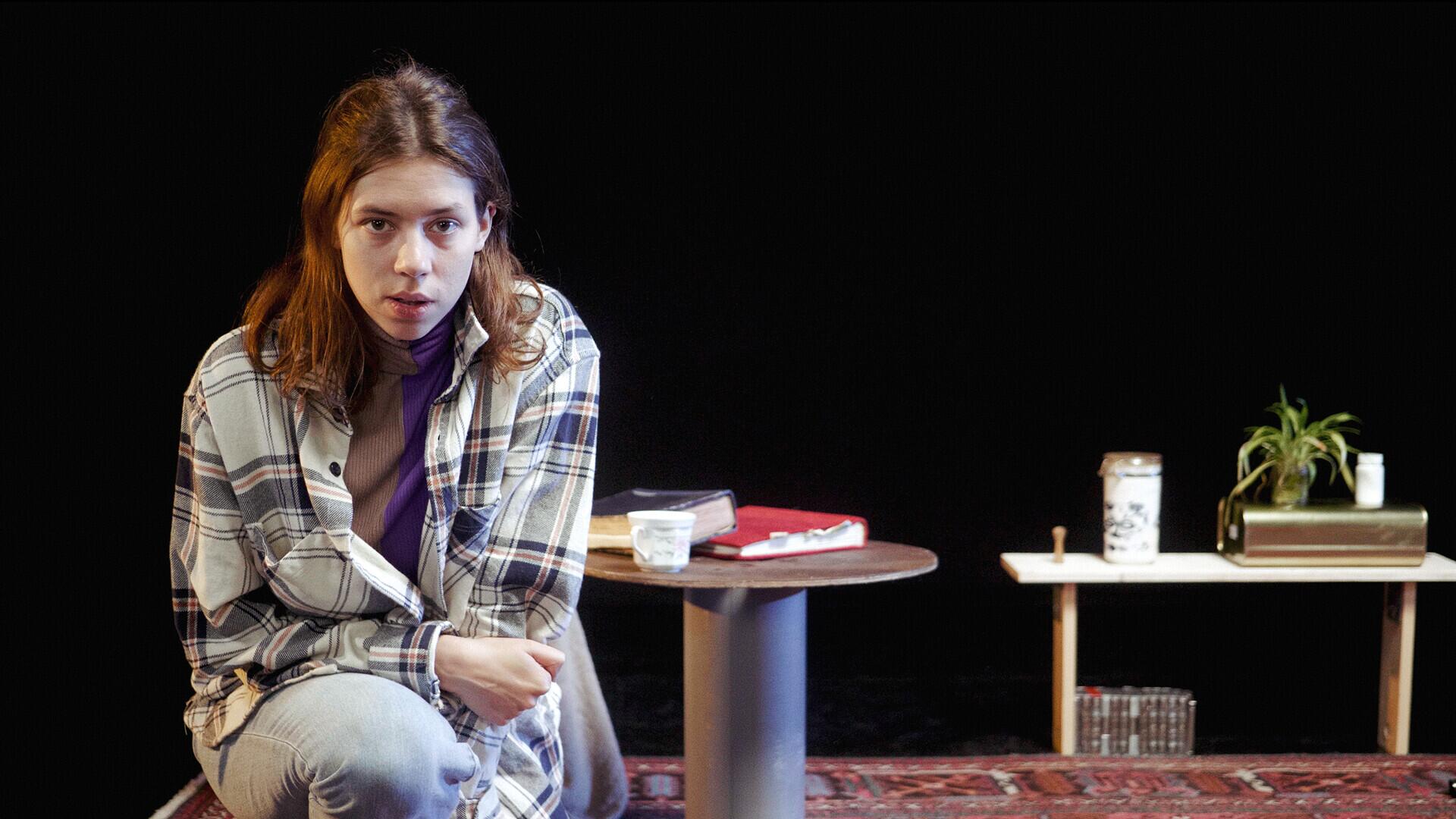 Nicoleta Esinencu was born in 1978 in a country that no longer exists. Just like the protagonist in FUCK YOU, EU.RO.PA!, a play the Moldavian author wrote as a fellow at Schloss Solitude in Stuttgart and which earned her the Romanian dramAcum Prize in 2005 and a performance ban in Moldova. Esinencu’s monologue is a self-confident game with the listener, it’s a confession, an accusation, a collection of symptoms and memories of radical change: from communism to post-communism, to a new time, in which everything and not much changes, from the promise of salvation to disillusionment.
It is this perspective that the German-French director délit B.-Malthet and her collective europa transistor are interested in, convinced that “individual identity and the collective, conforming and exclusion, inequalities, nationhood and homelessness” are the very essence of European themes. Due to the pandemic, her theatre project FUCK YOU, EU.RO.PA! has not made it to the stage yet. With a commission to produce a film version, the Theater Maillon in Strasbourg and Fast Forward continue their cooperation to promote young theatre-makers who work across borders and language barriers.
Délit B.-Malthet, born in 1992 in Germany, studied acting and theatre in Paris, has organised interdisciplinary workshop projects in France and Germany and worked for the opera. FUCK YOU, EU.RO.PA! is her fourth independent work as a director.