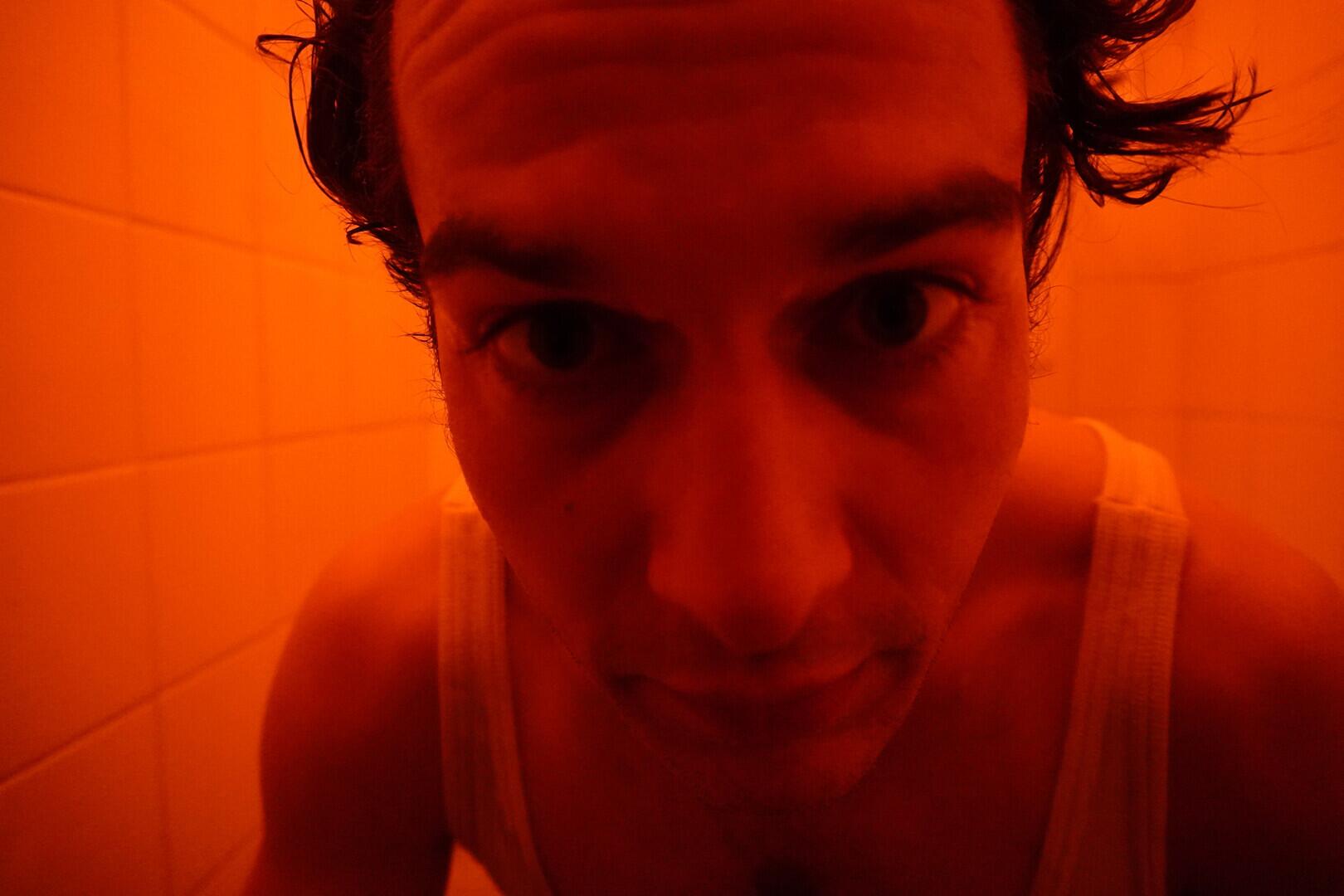 Stückdauer / Duration: ca. 65 Min.
keine Pause / no intermission
Besetzung
Regie & Textcollage / Direction & Script
Joachim Gottfried Goller
Technik & Ausstattung / Technical Supplies & Decoration
Michael Hofer-Lenz
Dramaturgische Mitarbeit / Support Dramaturgy
Elisabeth Kerschbaumer
Produktion / Production
Universität Mozarteum Salzburg
Mit / With
Raban Bieling, Christine Grant, Maren Solty, Lukas Vogelsang
English
“Sometimes he had the feeling, everyone had forgotten the 80s,” writes Joachim Gottfried Goller in his biography about himself. He doesn’t explain why the 80s are important for him – he was born in 1992. His production RISE LIKE A VIRUS was created during his third year at the Mozarteum in Salzburg during the lockdown winter of 20/21 and could be a hint. The second last decade of the 20th century brought the end of the conflict between the different systems in the East and the West and was defined by developments whose effect is still being felt today: digitalisation, environmental protection, war, famines, Chernobyl, the neoliberal turn, the immunodeficiency disease AIDS. AIDS is the subject of RISE LIKE A VIRUS. The production is confident enough to be like a party and is committed, smart and playful in capturing the atmosphere of a pandemic in the situations, scenes and soundtrack. The show deals with fates, explicit sex and the rebellion against boundaries of all kinds. In 1981, the consequences of being infected with HIV was declared a pandemic disease. For those infected, unlike today, they were a death sentence. Especially the sexual transmission of HIV led to the massive stigmatisation of certain social groups and lifestyles. The tolerance and equal rights that the civil rights movements had fought for in the 60s seemed to be destroyed overnight.
RISE LIKE A VIRUS was created during social distancing, i.e. in two different apartments as a digital production for an audience on the video conferencing platform Zoom. Joachim Gottfried Goller completed his training in directing at the Mozarteum Salzburg in September.
Hinweis / Please note
Die Inszenierung wird sowohl über die Festival-Website www.fastforw.art als auch über die Videokonferenz-Plattform zoom gezeigt werden. Wenn Sie an einer Teilnahme über zoom interessiert sind, melden Sie sich bitte per E-Mail an unter fastforward@staatsschauspiel-dresden.de.
The piece will be shown in the live-stream on the website www.fastforw.art as well as via the video conferencing platform zoom. If you are interested in participating via zoom, please register by email at fastforward@staatsschauspiel-dresden.de.