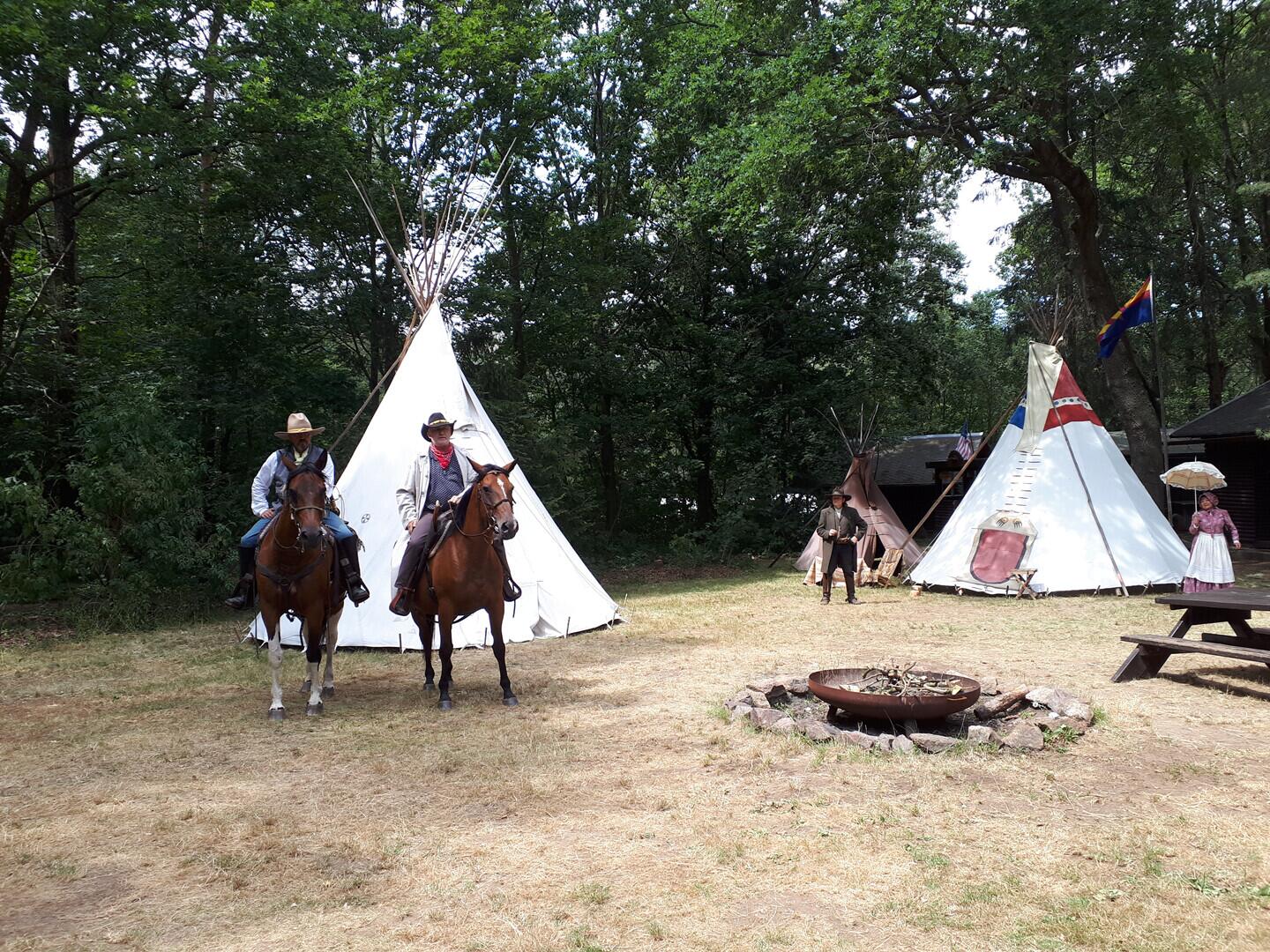 With GUESTS IN THE HOUSE, for the first time, the city’s department of culture awarded a residency prize to one of the festival’s young directors as part of Dresden’s application to be European Capital of Culture 2025. The jury, which consisted of five citizens of Dresden, chose the Czech directors Anna Klimešová and Petr Erbes, who opened FAST FORWARD 2019 with their production VLADAŘ (RULER). The result of their residency is a radio feature, which will now be premiered online. In it, Klimešová and Erbes explore a phenomenon that most people know from their childhood and which is at home both in the Czech Republic and in a very special way in Dresden and its surroundings too: the hobby Indian, its clubs, its history and its individual stories. In interviews with people involved in the scene, Erbes and Klimešová asked why these people desire to dive into another world. They investigated the treatment of a culture that has existed from an image shaped by Karl May until today and stands in contrast to the real lives of the indigenous peoples of America as its own world. Do these worlds overlap somewhere? Can both hobby Indian culture and the real Indian culture continue to exist in today’s world? And how does it feel to fight with neo-Nazis while wearing an Indian costume?