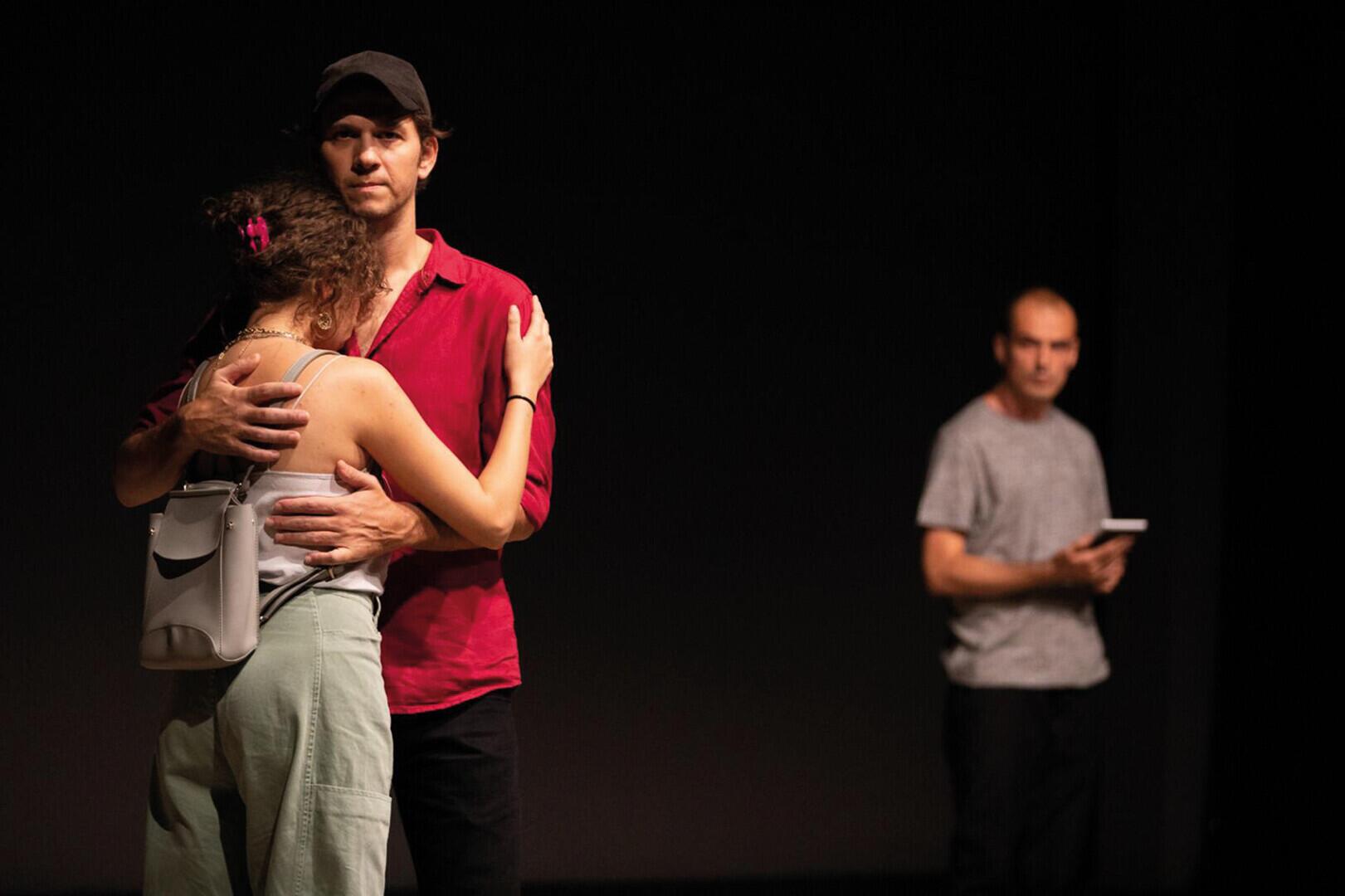 Stückdauer / Duration: ca. 70 Min.
keine Pause / no intermission
Besetzung
Text & Regie / Direction
Nadir Sönmez
Mit / With
Büşra Nur Albayrak, Öner Erkan, Esme Madra, Nadir Sönmez, İlda Özgürel, Savaş Emrah Özdemir
English
Ama means but in English. AMA is a conversation piece about art, power, sex and role play in the Turkish intellectual scene. In four scenes, Nadir Sönmez creates a portrait of a small group of artists who examine their own profession with equal criticism and sarcasm, and overstep the boundaries between work and private life more than once. It’s the dialogues that form the heart of the theatrical situation here and give Sönmez and his five fellow performers a witty and psychologically challenging model for a portrait of their own “caste” on stage. The purism of his production works like a magnifying glass on the game they play with feelings, art concepts and the perception of the self and other. Sönmez began writing AMA during the Me Too debate in Turkey. The “naval gazing” is therefore the artistic setting and a way of looking at society.
Nadir Sönmez, born in 1989, completed a French-language baccalaureate in Istanbul, studied theatre studies and acting in Paris, and has acted in film and theatre productions in France and Turkey. Returning to Istanbul, he continued working on his own texts, for which he developed performative formats in galleries and elsewhere. AMA premiered in Istanbul in 2019 and is Sönmez’s first full-length directorial work. At Fast Forward, the ensemble will present a new version of the play with six characters instead of four.