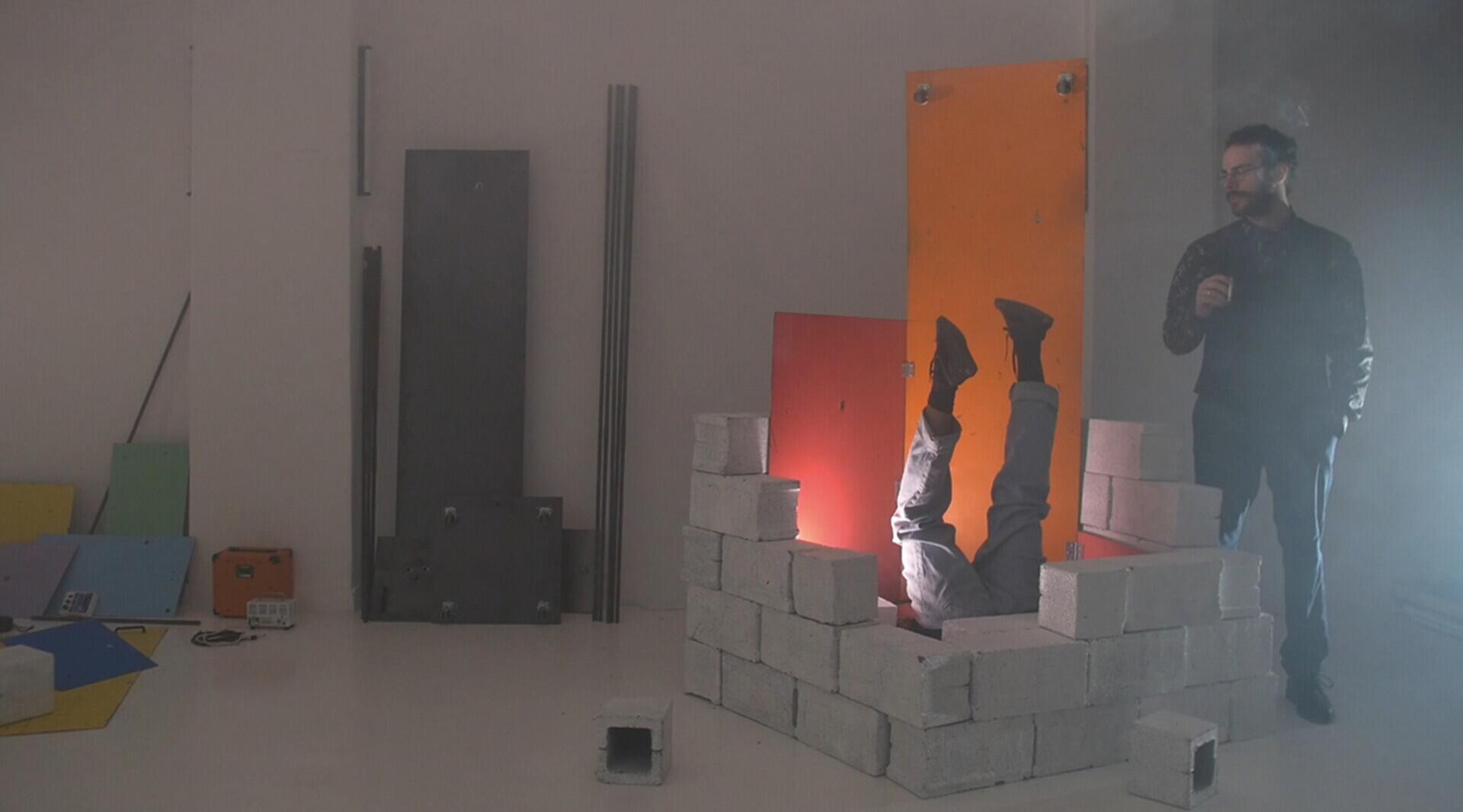 THE TEMPTATION OF SAINT ANTHONY by the devil has preoccupied artists since the Middle Ages: Matthias Grünewald, Hieronymus Bosch, Max Ernst, Salvador Dalí and Gustave Flaubert, who took 25 years to write his novel of the same name. Inspired by Flaubert’s philosophical and literary interpretation of the material, Dimitris Lolis pursued his own version of the ‘temptation’ in his final project for the directing department at the University of Thessaloniki. Based on modern life in a big city and the pair of opposites “loneliness” and “encounters”, for Lolis the concept of temptation becomes a synonym for the paradoxes of interpersonal communication. In seven chapters and six questions, he creates a winding path around a riddle that is poetic both in terms of words and images: Does every saint seek the desert? Does the temptation of the saint consist of the withdrawal from or the distraction of loneliness? Is communication, touching the other our biggest desire or biggest nightmare? Or does the temptation lie in the fact that the world can never be the way humans design it? During the lockdown, Lolis’ production became a theatrical arrangement for the camera and editing techniques. In Captain Stavros’s reference-filled scenographic universe, Lolis and actor Dimitris Kapetanios perform a philosophical discourse, stage, deconstruct, build up and down, and speak to another person who is no longer in the room: in yearning expectation of a physical meeting.
Termine
http://www.staatsschauspiel-dresden.de/
Staatsschauspiel Dresden
Theaterstraße 2, 01067 Dresden