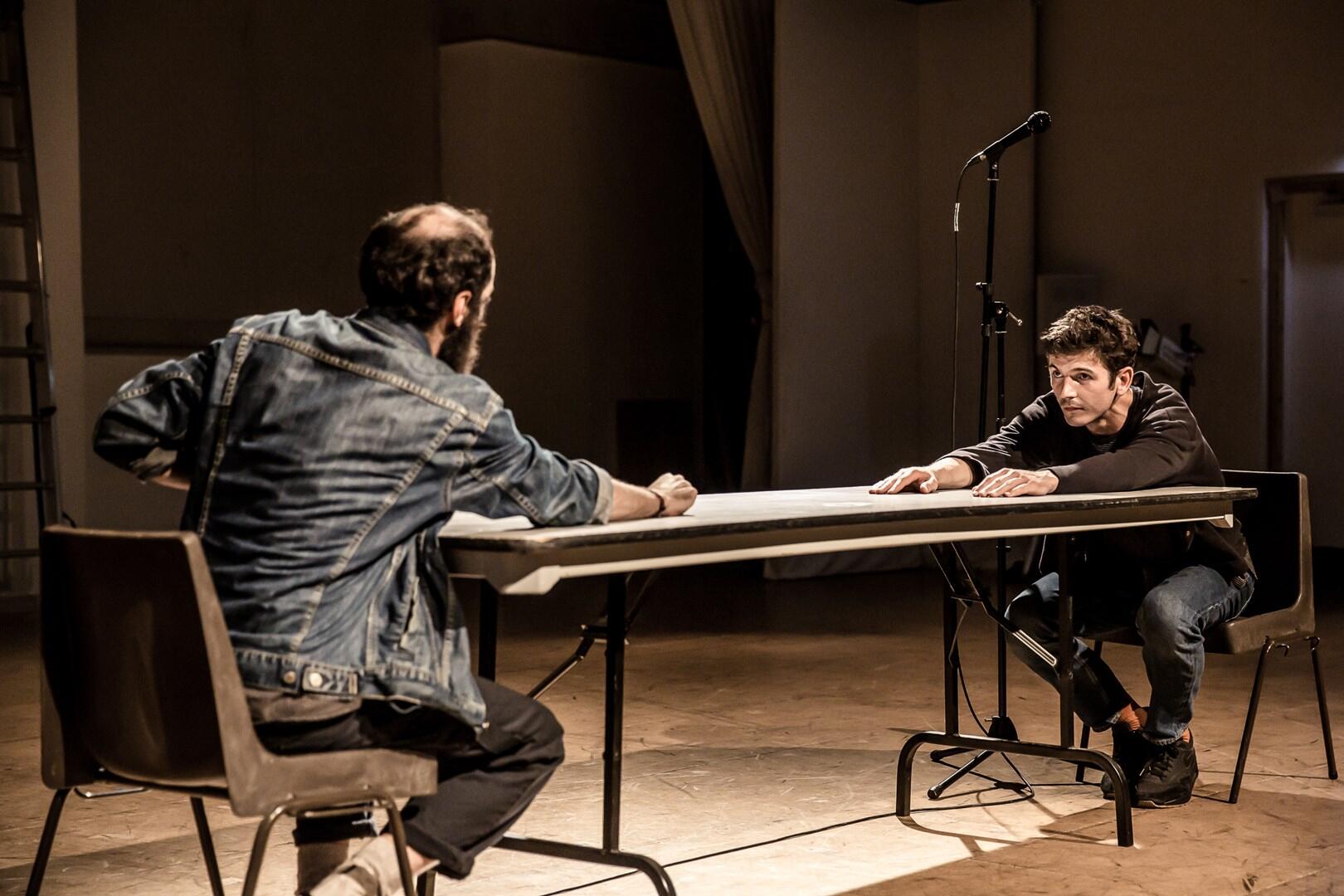 Stückdauer / Duration ca. 70 Min.
keine Pause / no intermission
Besetzung
Konzept & Regie / Concept & Direction
Bertrand Lesca, Nasi Voutsas
Dramaturgie / Dramaturgy
Louise Stephens
Licht / Light Design
Jess Hung Han Yun
Technik / Technical Manager
Ruth Green
Management
Edward Fortes
Produktion / Production
Farnham Maltings
Mit / With
Bertrand Lesca, Nasi Voutsas
English
Two men in a room. Nasi is up a ladder. Bert tries to persuade him to come down. But Nasi stays where he is and Bert has a problem to solve.
In one Lesca and Voutsas spread out the ruins of an interpersonal battlefield – without history, without details – only the moment, the situation. Defiant, charming, impudent, comical, assaulting and disturbingly entertaining, they play a game of cat and mouse with each other that could be private or political and always leaves just enough room for a glimmer of hope. They plunge the audience into a roller coaster ride of forbidden feelings, turn them into sympathizers or silent opponents, and in the shortest possible time traverse the space of war and peace. “The smallest social unit is not one, but two people,” Bertolt Brecht once said.
Nasi Voutsas and Bertrand Lesca have been working together since 2016. Voutsas studied at East 15 Drama School in London, where he co-founded Antler. Lesca, originally from France, studied theater at the University of Warwick. He worked as an assistant director with Peter Brook and the London based group Cheek by Jowl and co-founded FellSwoop Theatre. After eurohouse and palmyra, one is the final part of a trilogy on power and politics with which the two artists have developed their very own theatrical form. Bertrand Lesca and Nasi Voutsas are associate artists of Farnham Maltings and MAYK in Bristol.
Video
Partner
In Auftrag gegeben von / Commissioned by Battersea Arts Centre & Bristol Ferment
Mit Unterstützung von / With support of the National Theatre, Shoreditch Town Hall & HOME